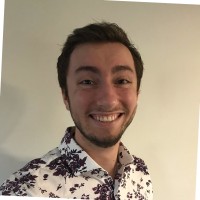 When we bought this house there was an unused concrete deck that was gingerly sitting outside a door. This deck’s base was 4 inches of solid concrete, and it was supported by 8 inch concrete block walls which housed a garage. We looked at it when we first toured the house and said “that’s just unused space, we can extend it if the house is a little small”. Sure enough the living space was a tad too small.

Overtime this idea grew and she wanted it to have a wood stove too. 🔨

As this was a larger project, I got some help. I had a structural engineer come out to tell me if the garage could bear the weight of an extension on top of it, he confirmed it could carry probably up to about 2 stories. There were indeed 18 inch footers in the ground; light footers, but they were deep enough and no structural error seemed to be present.

After that we bided some time to save some money. We hired contractors at Prince Builders LLC to initiate our house building endeavor. The deal we worked out was they would be responsible for getting a subfloor, walls, windows, the roof, exterior wall leading into the sunroom knocked out, and exterior of the extension waterproofed. I would be doing the finishing: drywall, trim, electric, insulation, siding, wood stove, and hearth.

The contractors and I worked at the same time on a few things; I took a week off while they were working to attempt and get a lot of the nitty gritty stuff done.

Before long walls were up and roof was done, whole project took about 1 month until it was livable, and 3 months total to get it into the shape that it is in the pictures - had a few setbacks.

Worst part of this extension is now that i have all the extra light i can see the dog hair all the time 💀. Worried a little bit about AC too, but haven’t had a hot enough week to know if its bad or not.

This project was started in October, and ended in January 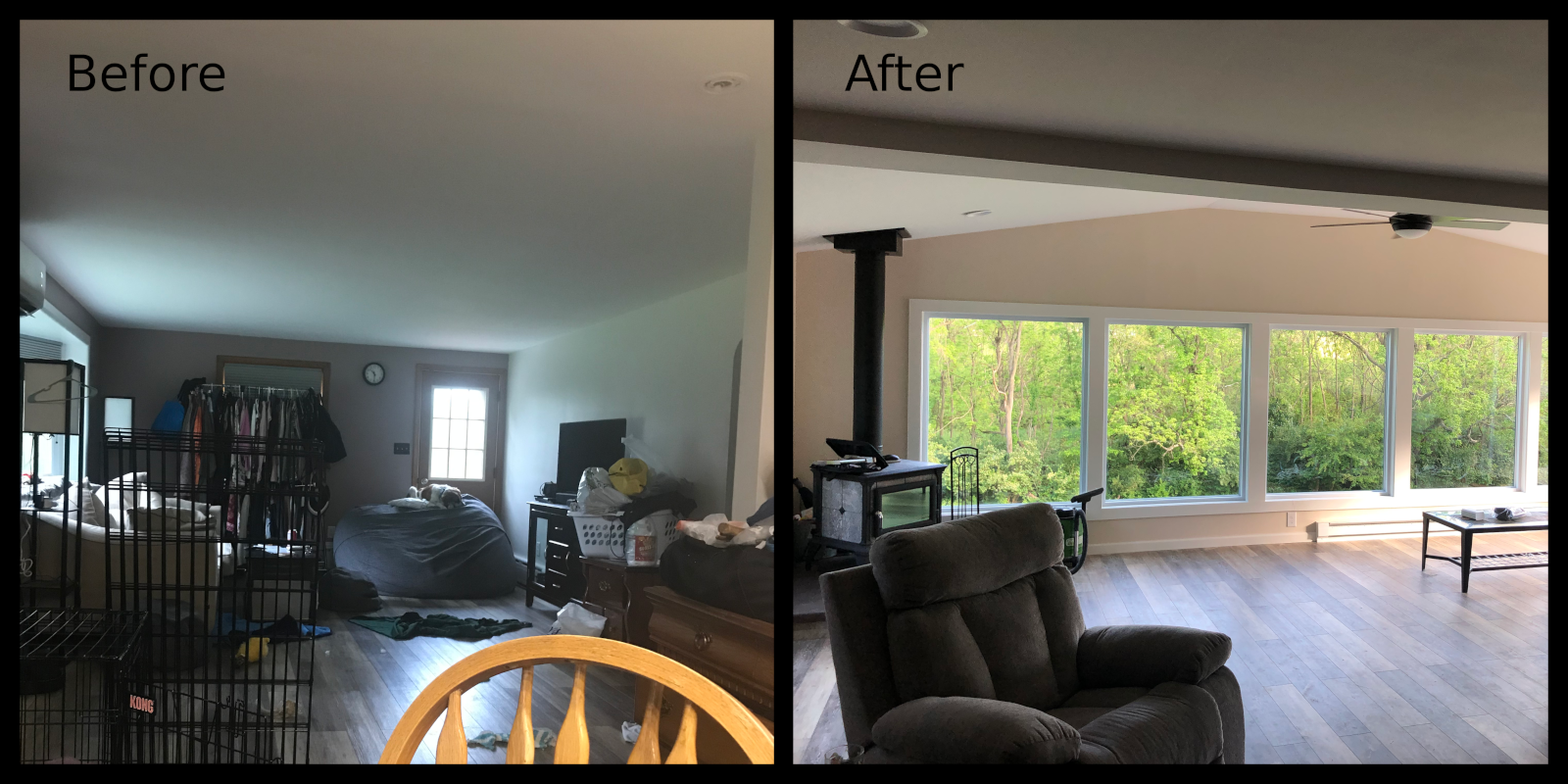 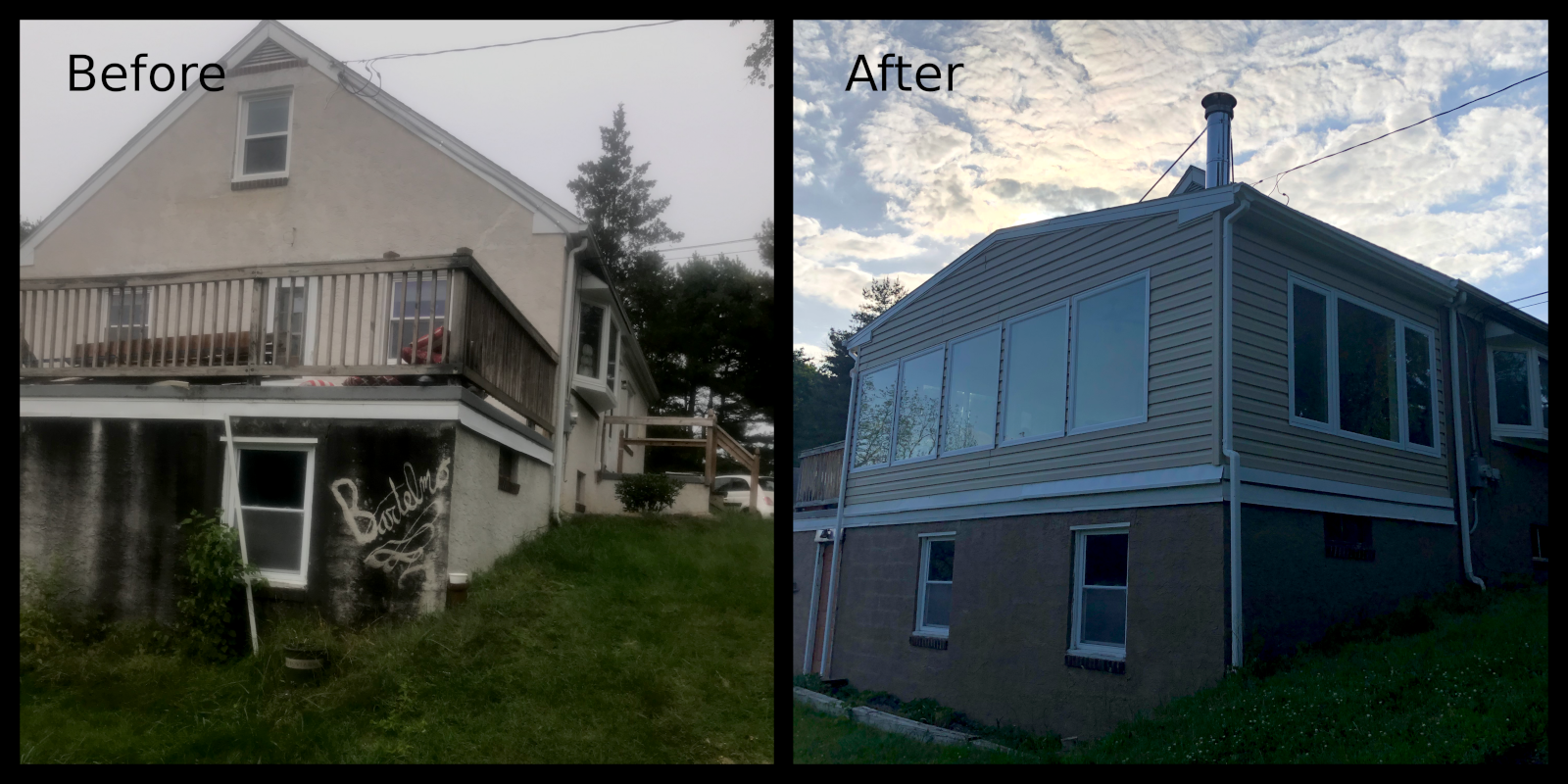 Usually I get asked about what the hardest part was, here is a table of what i thought was difficult and what wasnt

For the wood stove, to get it over the stoop coming in i actually built like a makeshift ramp out of two-by fours. By some miracle nothing got injured. The thing weighs over 400lbs

There are photos in the drive about when I cut off the tip of my finger. Was just me being an idiot. I saw online people cutting these vinyl planks with their utility knives and thought “hey that looks easy” It wasn’t, it slipped while i was cutting with a lot of force.

You May Also Enjoy

Since we’ve owned the house there has been a small room to the right of our mudroom enterence taking up the corner of the house. The previous owners used thi...

On the coldest day of march, I decided it was the perfect time to replace the front door. If you were to look at it you’d see light shine around all the side...

One and a half years of DIY Remodeling Before/After

As 2020 comes to a close, we decided to bring together a collection of photos. This is some personal progress tracking for everything we’ve remodeled. My wif...

DIY Finishing an Unfinished Closet w/Access Panel like a Pro

When I remodeled my bathroom, like so many contractors, I didn’t even bother to finish the closet that I completely destroyed. I managed to finish this proje...